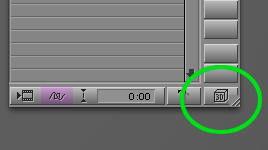 ng very Avid specific. Years ago I had a thought…why doesn’t the “promote to 3D button” exist in the command palette as an option to be placed in other windows? It seems like a no-brainer. You step into an effect and rather than searching for the promote button at the bottom of the effect menu you could place it in the Composer window under the image and just click it. And you’re immediately off to the races: scaling, cropping, whatever. 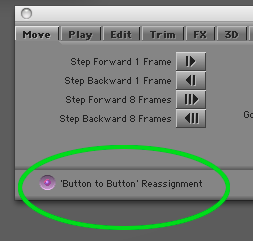 So I tried something. I opened the command palette and chose the “Button-Button Reassignment” option. Then I opened my effect palette, chose an effect that could be promoted (e.g. Resize) and slid the “Promote to 3D button” over to the Composer button set. Voila! – it stayed there. And no, it doesn’t take it away from the effect window. It makes a copy.

I figured that out nine years ago. I was so proud of that. When Avid sent around an email asking people for their favourite tips I was a good Avid soldier and sent that one in. They liked it and they published it. However, and I admit I’m being a juvenile here, they never gave me credit.

In actuality, what really bugs me is

that Avid has yet to do the programming leg work and just put a copy of the button in the palette. “Perhaps the 3D tab”, he suggests?

Maybe it’s a good thing they haven’t made the change or Avid Tip#004 would be blank this week.
Posted by Jeffrey R. Fish at 6:19 AM